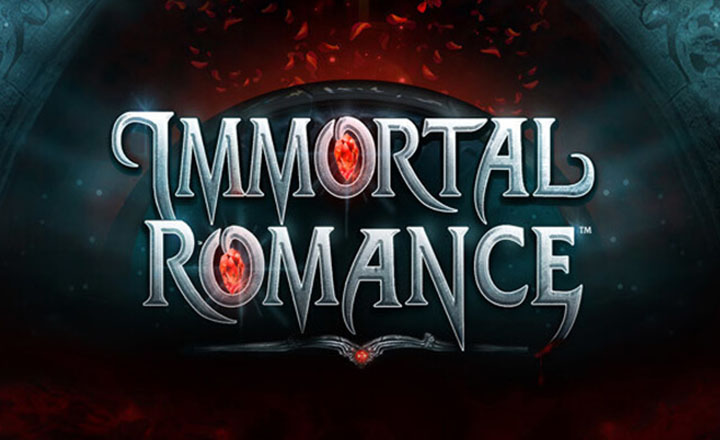 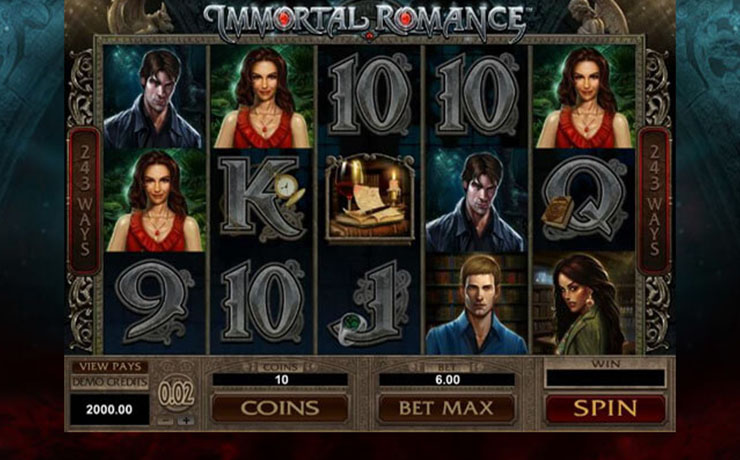 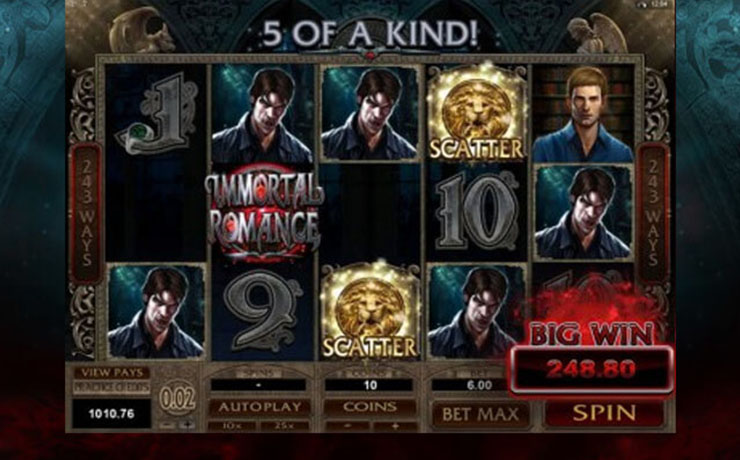 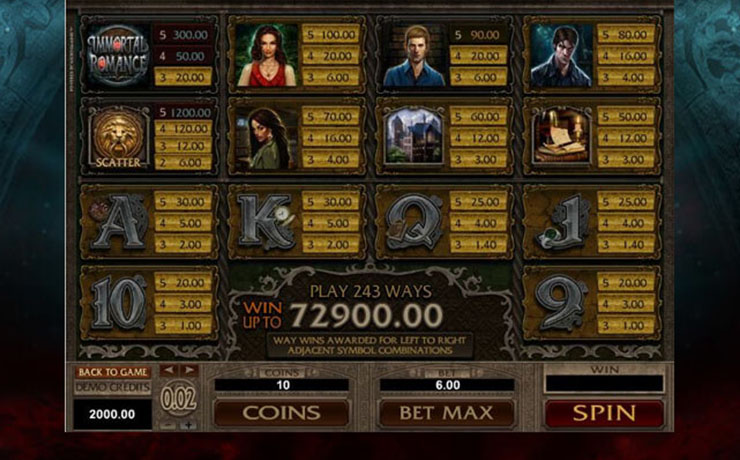 Looking for an action-packed slot game? Dare to step into a thrilling game of supernatural desire and forbidden passion through Immortal Romance by Microgaming. This enthralling 243-ways-to-win slot revolves around the brooding tale of vampires, witches, and mortals, entangled in the sinister reels of a whirlwind romance.

As you spin, watch out for the Immortal Romance logo which will substitute for most of the symbols on the reels. To uncover more rewards in store, the Golden Lion Door Knockers opens the way for a thrilling bonus round of Chamber of Spins. This bonus round lets you meet the four characters of the game, representing the four levels you need to conquer to activate further slot features.

Meet Amber, a witch pharmacist that unlocks 10 retriggering free spins and 5x multipliers. Next in line is Troy, a wicked 200-year-old vampire dreamboat that gives away 15 free spins, and a series of 2x, 3x, and 6x multipliers via the Vampire Bats. Dashing with the lucrative Rolling Reels feature is Michael, the 800-year-old vampire professor who rewards you with 20 free spins, plus 2x to 5x multipliers. Lastly, the game’s mortal heroine, Sarah, unlocks a whopping reward of 29 free spins using the game’s Wild Vine symbol. Apart from these riveting bonus rounds, what is even more spectacular about Immortal Romance is the spectacular jackpot of 3,645,000 coins.

Are you ready to be captivated by some chilling spinning action and blazing rewards? Then give Immortal Romance a spin today.